Energising employees for the peak season

Since the festive (primarily Diwali) season represents the most significant period of the year’s sales, it was essential to get employees to feel a sense of ownership in its success. In 2014, most e-commerce companies had faced major issues, both platform- and logistics-related, ​leading to social media fallout and loss of credibility, internally as much as externally.

Tapping into mythology to make values come alive
​We decided to motivate employees using key drivers of success, in a manner that is fun and engaging. Since Diwali is about Ramayana, we leveraged the epic, its myths and values. However, this had to be done it in a contemporary and fun way for the young audience. We avoided using multiple characters because our audience may not be fully aware of the narrative details and characters. We chose Hanuman as the inspiration as he is the most popular, 'secular', multi-faceted, and fun character, and we could explore different facets of him. Eventually, our campaign protagonist evolved as a character inspired by Hanuman, but we wove in aspects of a Greek God, and a modern-day superhero as well. The campaign was called 'Jeet Ka Junoon'.

Across India, Snapdeal offices turned into our campaign canvas
We deployed a mix of online, print, ambient and activity-based channels. A calendar of activity of over 5 weeks was drawn up, starting 4 weeks prior to Diwali. From teasers to build anticipation, to communication for reinforcing winner values, contests for buzz creation, communication from the top leaders, the final countdown, and finally a grand celebration, Jeet Ka Jashn. 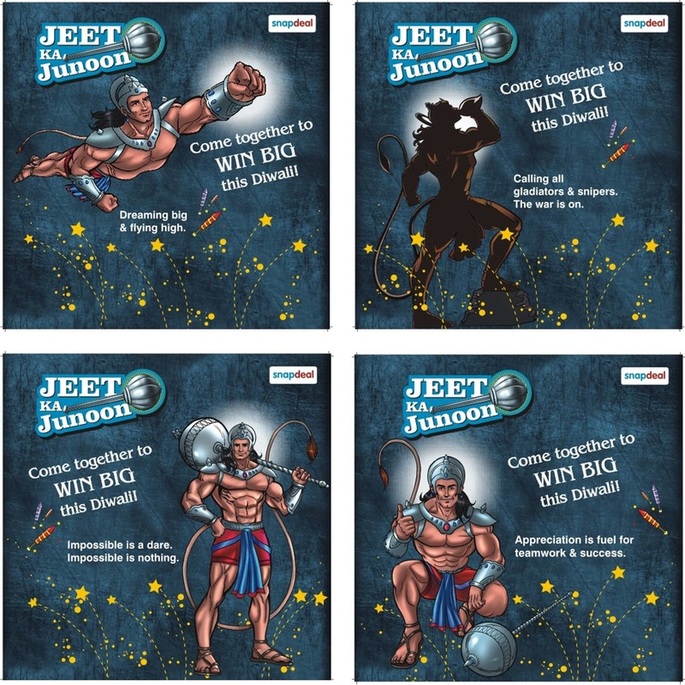 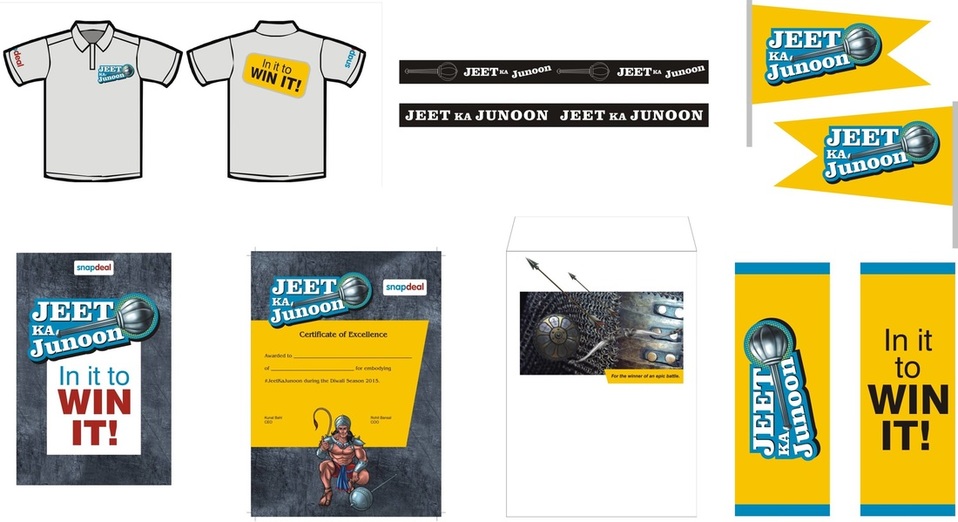